In America, the names ‘yam’ and ‘sweet potato’ are used interchangeably. In fact, you might have never eaten yams because they aren’t commonly sold. While yams and sweet potatoes are both tubers that grow underground, they belong to two different plant families. They also taste completely different, so if you were to use actual yams in American recipes which call for them, you’d get a completely different result. So why do we get confused over the two? A small history lesson might explain why we can’t tell the difference between actual yams and sweet potatoes.

The Root Of The Mix-Up

Yams are a staple food in almost every part of Africa. When the African slaves came to the South, their yearning for familiar food made them think of the yam when they saw the large pale sweet potato tubers. They called them ‘nyami’ which loosely translates into what we know today as yams. However, it wasn’t until the 1930s that it was actually used as a marketing term when Louisiana scientists developed the orange-fleshed sweet potato, which has become so popular. To differentiate it from its paler cousin, they started calling it the ‘yam’. The confusion lives on even today when you visit the supermarket. The problem now is that some stores also have the real yam, so you might get mixed up. You definitely don’t want to add that in your casserole.

How
Advertisements
To Spot The Difference 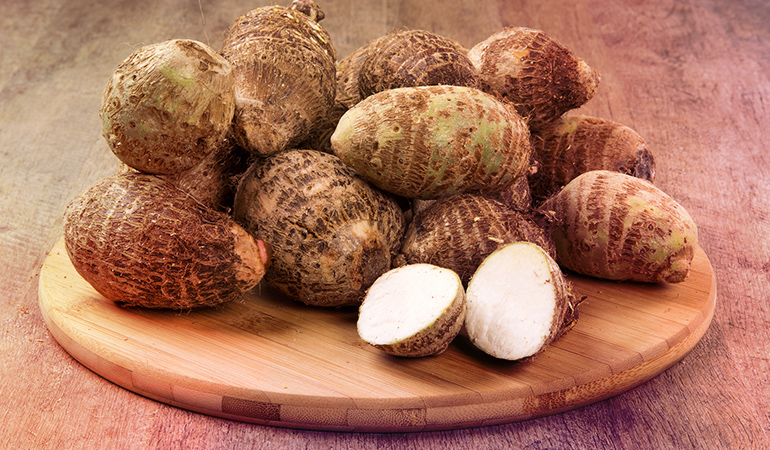 The sweet potato was originally from South America but North Carolina is now the largest producer. They can be identified by their long, tapering tuber shape and their color. The dark brown-skinned sweet potato with the orange flesh that our grocery stores call ‘yam’ is much sweeter than the golden-skinned, light yellow fleshed variety. The true yams, on the other hand, are mostly imported, have a bark-like outer skin, are large and circular and can weigh up to 150 pounds. This is why they are often called the elephant foot vegetable. They taste dry and starchy with a long shelf life of over 6 months.

What Is
Advertisements
Their Nutrient Quotient? 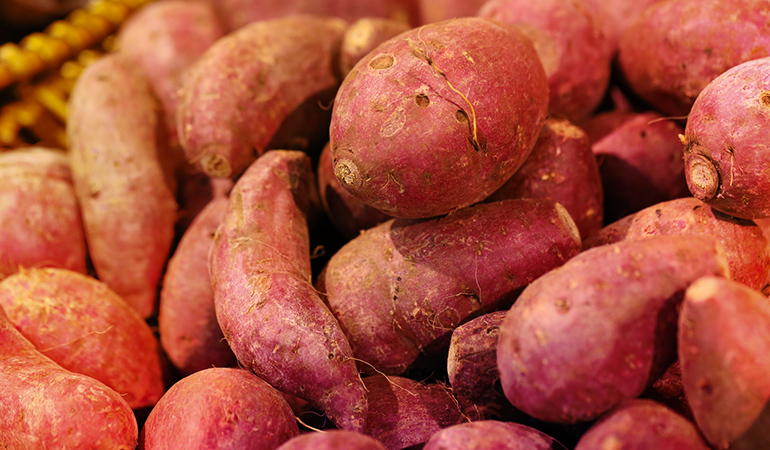 An 8 ounce serving or half cup of yam will give you 150 calories compared to 200 calories in sweet potato. Both tubers also have a high percentage of fiber. While fiber is not digested by the human body, it reduces the amount of cholesterol that enters into the bloodstream and can keep hunger pangs away for longer. Sweet potato, however, is high in beta-carotenoids that convert into vitamin A in our body. A medium-sized sweet potato can give you 438% of your daily dose of Vitamin A when compared to a similar sized white potato that has only 1%. Vitamin A is vital in protecting against heart disease and reduces the risk of cancer. Sweet potato also has a lower glycemic index compared to yam. This is important for diabetics as it means carbohydrates are released into the blood much slower. 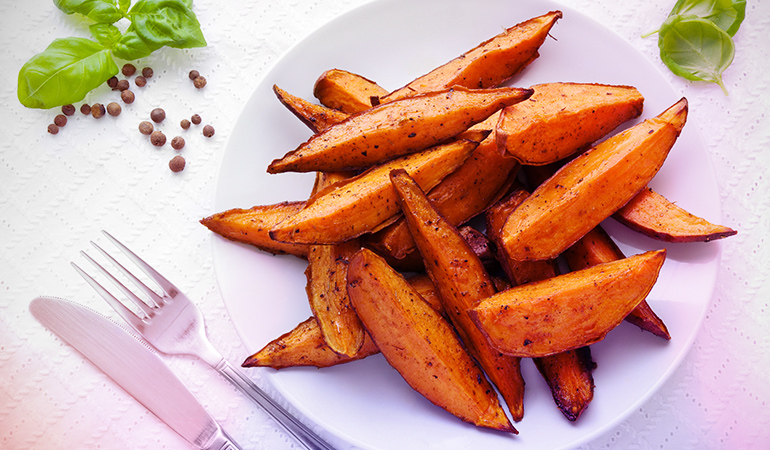 Advertisements
french fries? Instead, make some high-fiber sweet potato wedges. Preheat the oven to 4500. Cut 3 small sweet potatoes into length-wise wedges and toss with 1 1/2 tsp of garlic flavored olive oil, ½ tsp of dry mustard, 2 tsp of chopped fresh rosemary and ½ tsp of salt. Line a baking pan with a single layer of these wedges and bake for 30 minutes, turning them after 15 minutes. Serve immediately on their own or as an accompaniment to lamb. 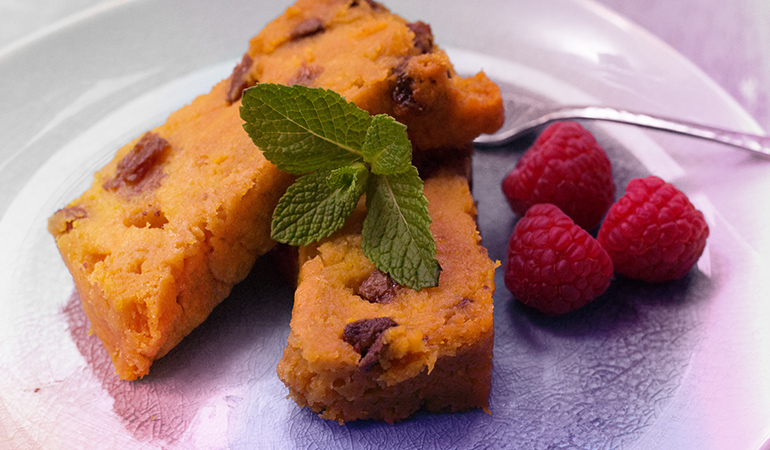 This checks all the boxes; simple, no refined sugars and delicious. To make it, preheat the oven to 3500. In a large bowl combine 2 eggs, 3 tbsp honey, 1 slice of wheat bread and ¼ cup of low-fat milk. Beat all these ingredients together to make a smooth mixture. To this, add 2 cups of mashed, baked sweet potato together with 1 tsp of vanilla extract, ½ tsp of cinnamon powder and ground allspice. Bake in an oil-sprayed baking dish for 25 minutes. Top with some beaten yogurt and honey and serve it up. 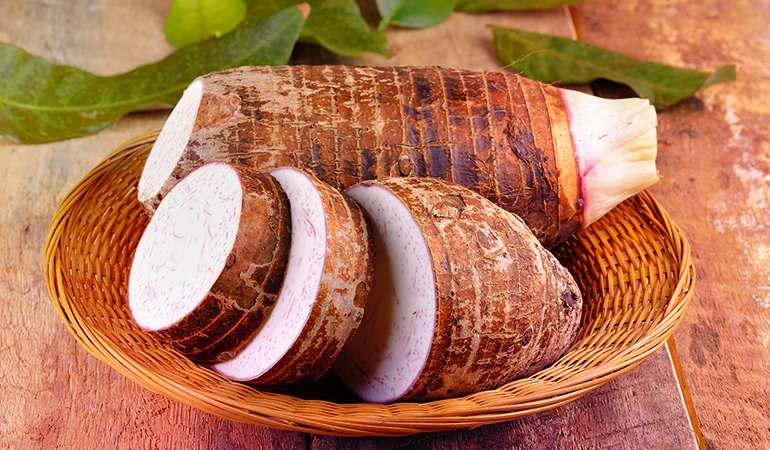 You can buy yams from a Caribbean or Asian store if you can’t find them at your grocer’s. Remember to use gloves to peel the yams as they can itch badly. Cut the yam into small pieces and boil in water until soft. Then drain and mash it while still hot and keep it aside. Fry one large, chopped onion in 2 tbsp of olive oil and add ½ tsp of black pepper along with a little bit of scotch bonnet pepper if available. To this, add 2 tbsp of chopped parsley and the mashed yam. You can also add bacon or salted cod to make it even tastier.