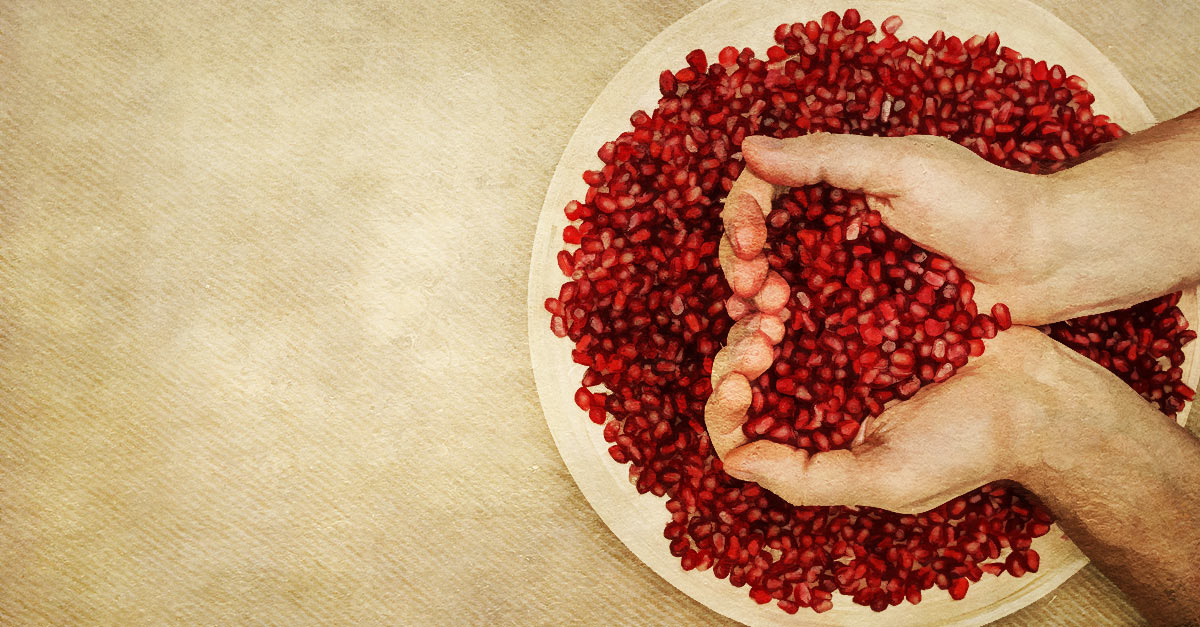 Every year, more than one million Americans find themselves being admitted to the hospital on account of cardiovascular disease, the world’s number one killer.1 Whether it’s a heart attack or a stroke, clogged and diseased arteries are usually to blame.

Of course, we’re spoilt for choice when it comes to heart disease drugs. You could be prescribed cholesterol-lowering statins that could, by the way, damage your liver or aspirin tablets that promise to reduce blood clots but may also increase your risks of gastrointestinal bleeding over time.2 3 Blood pressure medication like angiotensin-receptor blockers (ARBs) will offer a temporary solution, but may also make you more susceptible to cancer.4 And then there’s surgery, that comes with its own set of risks.

Advertisements
is one to do, when faced with such a dilemma? Eat pomegranates and drink pomegranate juice. As ludicrous as it may seem, it is actually true.

What Research Has To Say 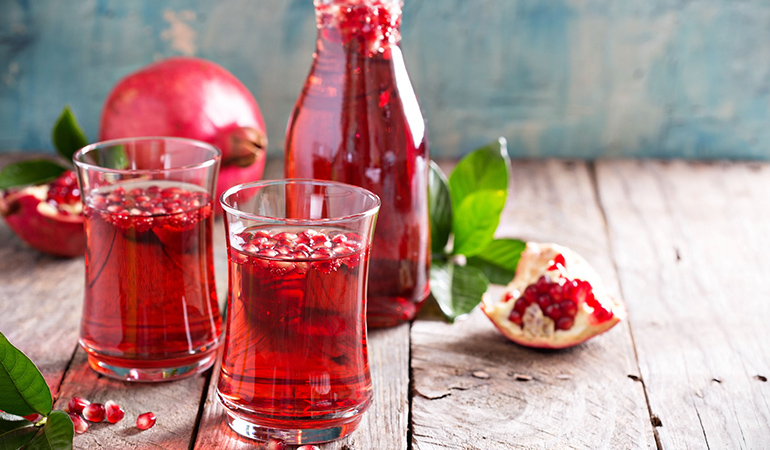 A study published in the American Journal of Clinical Nutrition in the year 2000 proved that pomegranate juice can prevent the formation of fatty deposits within the walls of the arteries. Researchers linked this antiatherogenic property of pomegranate juice to its high antioxidant and polyphenol content. It is believed that these play an important role in reducing the occurrence of atherosclerotic lesions (where arteries lose their elasticity and become hard) and in decreasing oxidation of LDL (low-density lipoprotein) cholesterol.5

Advertisements
2004, Israeli scientists found that drinking pomegranate juice for one to three years showed a reversal in carotid artery stenosis (i.e. the narrowing of the arteries that bring blood to the head and neck region) by up to 30%. Additionally, this helped reduce the patients’ blood pressure as well. In contrast, the arteries of the patients in the control group who did not consume pomegranate juice displayed an increase in arterial blockage by nine percent.6

Yet another study conducted in 2013 involved giving pomegranate extract to mice with a genetic susceptibility towards spontaneous coronary artery blockages. After two weeks, the researched noted a significant decrease in the atherosclerotic features in the arteries of the mice. It was also concluded that pomegranate reduces oxidative stress and inflammation of the blood vessel walls, which in turn, brings down the formation of plaque.7 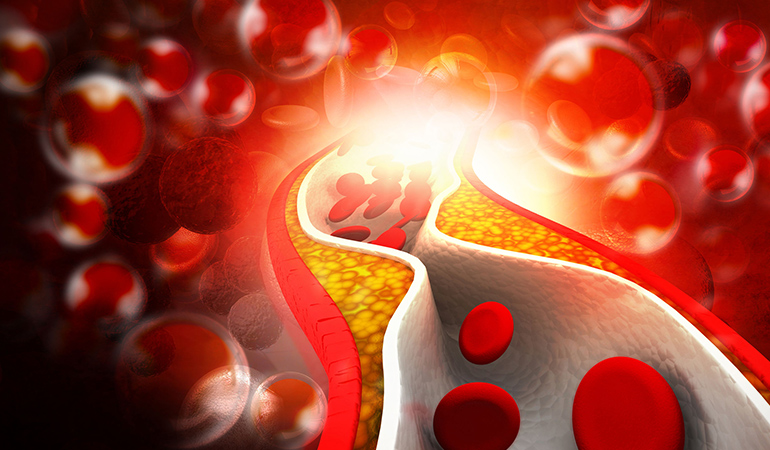 The fact that something as benign and commonplace as a fruit extract has the power to reverse so many factors that contribute to blocked arteries (and consequently heart disease) can seem too good to be true. However, there’s a scientific explanation for each of the numerous ways pomegranate serves to benefit our arteries as well.

Advertisements
on the studies mentioned above, researchers identified three likely mechanisms of action that give pomegranate its observed anti-atherosclerotic properties:

How To Include Pomegranate In Your Diet 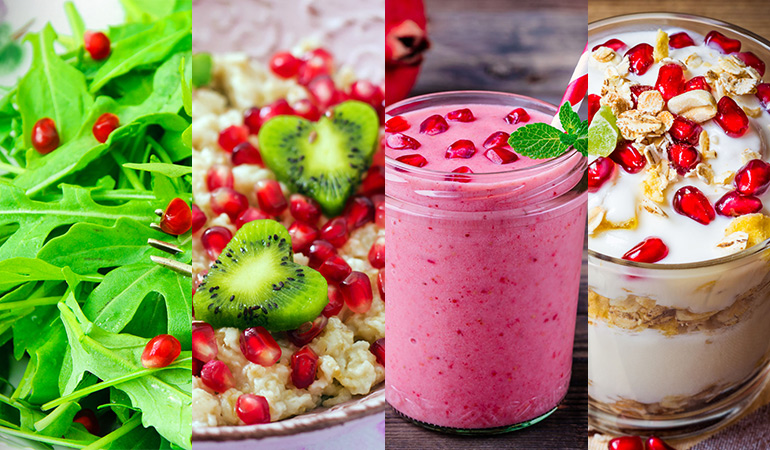 Now that we’ve established how pomegranate works as an artery-cleaning elixir, let’s talk about the ways you can incorporate this delicious fruit into your diet to preserve the health of your heart. You could: