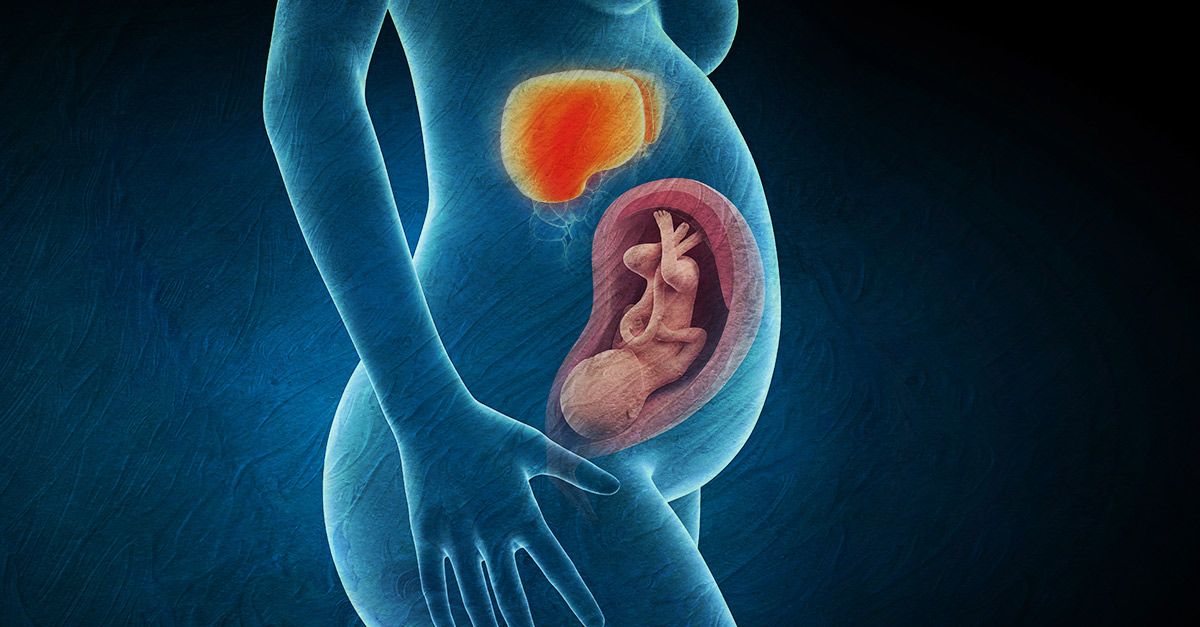 Pregnancy throws many curveballs at moms-to-be. And sensitive, itchy skin is just one of them. Usually, this is because of an increase in hormones or the stretching of the abdominal skin as the baby grows. But if the itching is intensive, uncontrollable, and persistent, it is a red flag – one that may point to a condition called intrahepatic cholestasis of pregnancy (ICP) or obstetric cholestasis. Here’s what you should know about this problem that affects pregnant women.1

ICP Is A Liver Disorder

Your liver produces bile, a digestive juice that helps digest fat. Once produced by the liver, the bile moves to the gallbladder and is stored there. When you have ICP, pregnancy hormones may impair this liver function, causing bile flow to become sluggish. Bile acids consequently tend to build up in the liver and move into the bloodstream. This may not cause any serious harm to the mother but the bile can cross the placenta and reach the baby.

ICP commonly begins in the third trimester when your hormone levels are at their peak but it has been known to occur as early as 8 weeks in some women. There is also a higher risk of recurrence in subsequent pregnancies if you’ve already experienced it before – estimates suggest a 60 to 90% chance of it occurring again.2 3

Do see a doctor immediately if you experience persistent itching during pregnancy. A simple blood test can help you confirm or rule out ICP. 4

There are some clear signs that point toward ICP that you should watch out for.

Hormones, Genetics, And Environment Can Contribute to ICP

It’s not clear what exactly causes ICP in some pregnancies but a combination of genetic, hormonal, and environmental factors may be responsible.

ICP Can Lead To Complications During Pregnancy

ICP can pose several risks to your pregnancy if you don’t take measures to control it.

Medication, Supplementation, And Early Delivery May Be Used To Manage ICP

ICP is diagnosed when a blood test shows that the total bile acids (TBA) or serum bile acids are 10 micromol/L and above.

There is no cure for ICP. Your doctor will monitor the functioning of your liver and may advise medication for managing the condition.

ICP Resolves On Its Own After Delivery

ICP usually resolves on its own after the baby is born. But you need to get a checkup done about 6–12 weeks after delivery to confirm that your symptoms have resolved. ICP doesn’t typically cause developmental issues for the baby or damage to the mother’s liver though women who have had ICP may be at a slightly higher risk for developing gallstones or autoimmune liver conditions. Some women with a history of ICP have also been known to get cholestasis after taking the contraceptive pill or certain antibiotics.13