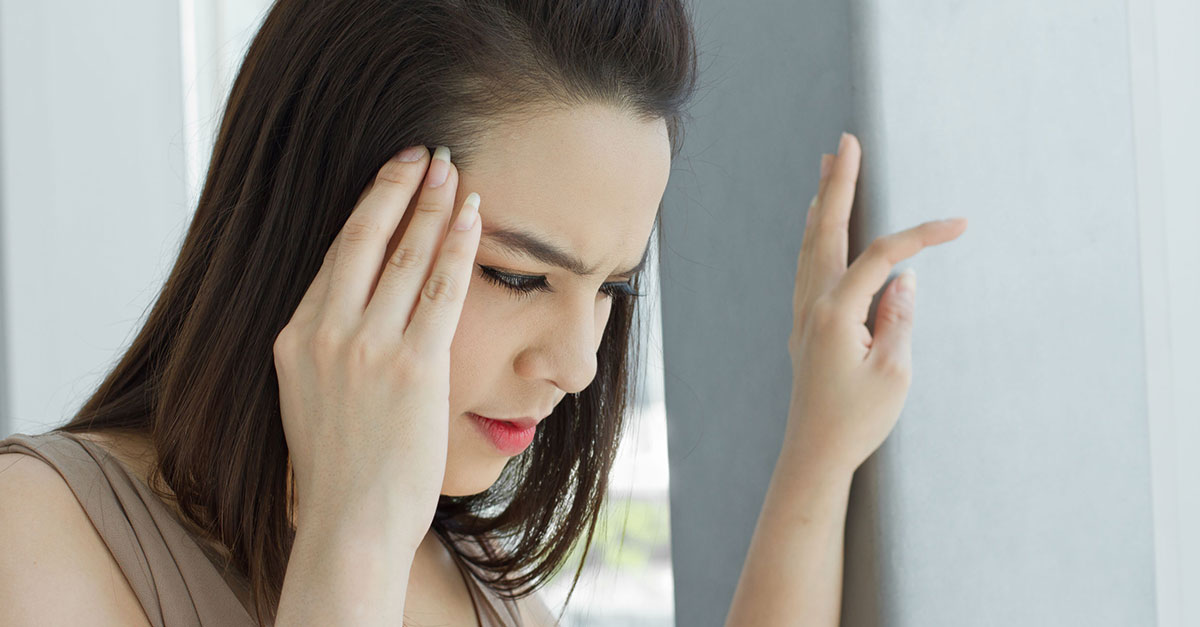 Have you ever felt unsteady or dizzy, light-headed, or as if the room was spinning around you? These can be very troublesome sensations and could be a sign of a balance problem.

A balance disorder is a condition that makes you feel unsteady or dizzy. People with balance disorders are characterized as having difficulty with transitional movements, such as the sit-to-stand movement.

Many medical conditions can cause balance problems. In many cases, balance problems disappear on their own within about two weeks. But, if these sensations are strong or persistent, you could have a balance disorder.1

How Does My Body Keep Its Balance?

Your sense of balance relies on a series of signals to the brain from several organs and structures in the body, which together are known as the vestibular system. The vestibular system begins with a maze-like structure in your inner ear called the labyrinth, which is made up of bone and soft tissue.

The vestibular system detects mechanical forces, including gravity, that stimulate the semicircular canals and the otolithic organs, and in turn generates reflexes that are crucial for our daily activities. It also helps you keep a stable visual focus on objects when your body changes position. When signals from any of these sensory systems malfunction, you can have problems with your sense of balance.2

Signs and symptoms of balance problems include:

There are many causes of balance problems, some of which are as follows:

Most Common Types Of Balance Problems

1. Benign Paroxysmal Positional Vertigo (BPPV) – This involves a brief, intense sensation of vertigo (a sensation that everything around you is spinning or moving, or that you yourself are spinning around) that occurs because of a specific positional change of the head. You might experience a spinning sensation when turning in bed or tilting your head back to look up. The cause of BPPV is not known, although it may be caused by an inner ear infection, head injury, or aging.

Advertisements
Labyrinthitis – An infection or inflammation of the inner ear causing dizziness and loss of balance. The cause is usually a viral infection.

3. Meniere’s Disease – An inner ear fluid balance disorder that causes episodes of vertigo, fluctuating hearing loss, tinnitus (a ringing or roaring in the ears), and the sensation of fullness in the ear.

5. Anxiety – Anxiety and panic disorders are one of the most common causes of dizziness and can mimic true vestibular problems.

Managing your diet to help regulate fluid balances involves modifying the amount of certain substances consumed and reducing fluctuations in those amounts. Strategies include:

Butcher’s Broom – Butcher’s Broom is thought to help orthostatic hypotension (a drop in blood pressure upon rising from a sitting position that causes dizziness and fainting) and is also believed to be useful for alleviating vertigo.

Advertisements
Cayenne pepper’s active compound, capsaicin, reduces platelet aggregation and improves blood flow to the brain and inner ear, which reduces the effects of vertigo. Cayenne is considered a thermogenic herb, and has long been used for circulatory support.

Ginger – Ginger root is considered to be very effective for the treatment of dizziness, nausea and vertigo. The exact mechanism of action is not known; however, the volatile oils and pungent phenol compounds, gingerols and shogaols, promote blood viscosity and circulation. This effect can improve blood supply to the inner ear and brain, the source of vertigo symptoms.6