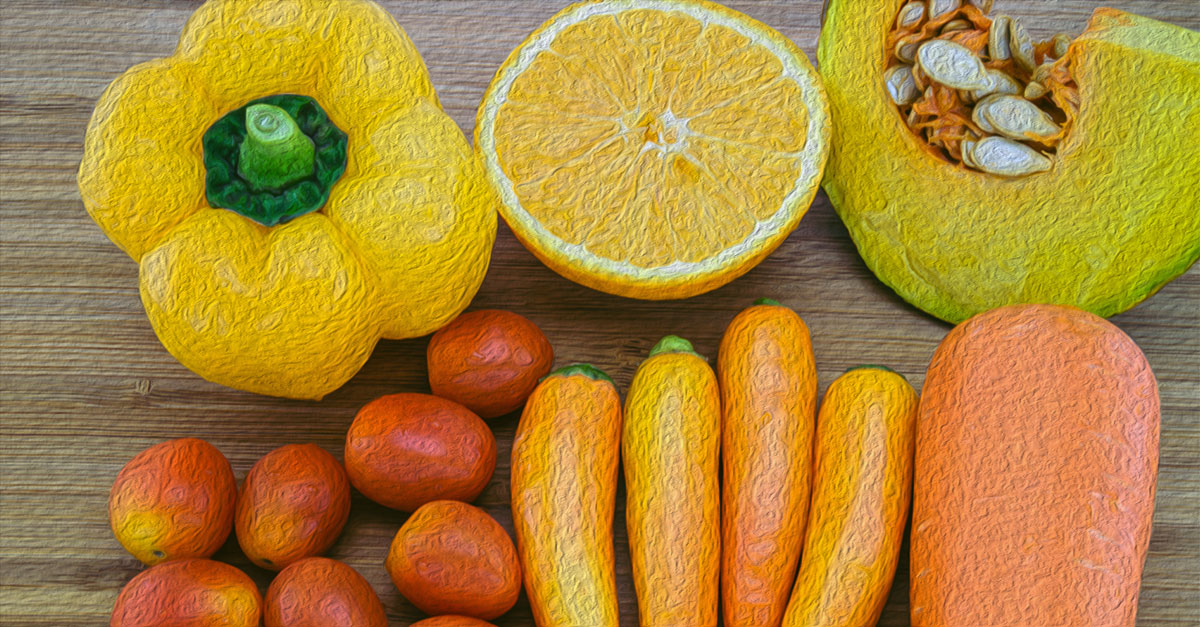 Carotenoids are organic antioxidant pigments found in plants, algae, fungi, and bacteria. They are believed to be linked to a lower risk of chronic disease and cardiovascular illness and could even potentially help prevent or fight some cancers.1 Since animals (including humans) don’t produce carotenoids internally, we need to get them through our diet. Among the 600 types of carotenoids available in nature, the 6 most common carotenoids are:

With all the health benefits of carotenoids, it’s no wonder that you’d want to find ways to increase intake. At present, there are no established recommended intake levels for carotenoids specifically. However, the recommendations are to consume more carotenoid-rich fruits and vegetables in general.6 The following foods are abundant in one or more of these carotenoids. 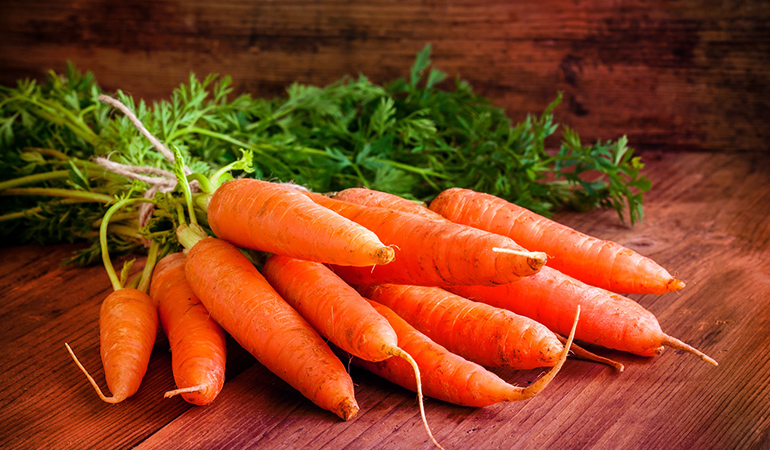 Advertisements
have figured out from the name itself that carrots are an excellent source of carotenoids. Just half a cup of cooked carrots contains 6499 mcg of β-carotene and 2945 mcg of α-carotene.7 You can use the carrots in stews with meat or beans, in soups, or even salads. If you enjoy juices, carrots work extremely well as a light and nutritious drink – you could combine it with some oranges for sweetness. After all, just a cup of carrot juice has 21955 mcg of β-carotene, 10247 mcg of α-carotene, 786 mcg of lutein + zeaxanthin, and 5 mcg of lycopene.8 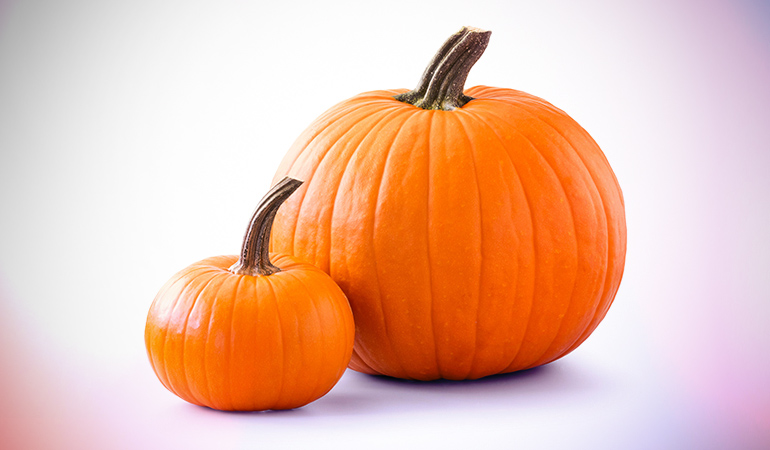 Poster child for autumn, the pumpkin is something you should consider having whenever it is available. A single cup serving of pumpkin, boiled and mashed, has 6652 mcg of α-carotene, 5135 mcg of β-carotene, and 2484 mcg of lutein + zeaxanthin.9 Use it in soups, curries, stews, and desserts. You can even add pumpkins to hummus or gratins and pies.

Feeling a little naughty? Reach for that slice of pumpkin pie! It has 7366 mcg of β-carotene; so go ahead and treat yourself to some once in a way.10 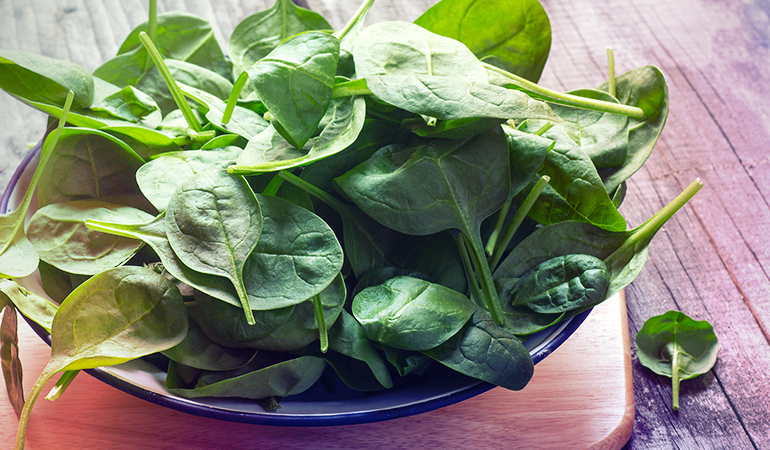 Green leafy vegetables are rich in the characteristic yellow and orange carotenoids that give vegetables like carrots their color. They may not look it because of the large amount of chlorophyll that tends to dominate. But they do contain these nutrients, including a lot of lutein.11 There is a lot of variety even among the green leafy vegetables – so don’t stop at spinach. Experiment with kale, collards, and even turnip greens in your soups, pastas, stir-fries, and salads. Here’s a look at what to expect from some greens:

Though it’s difficult to separately assess the amounts of lutein and zeaxanthin in food, recent research suggests that green vegetables have more lutein than zeaxanthin.12 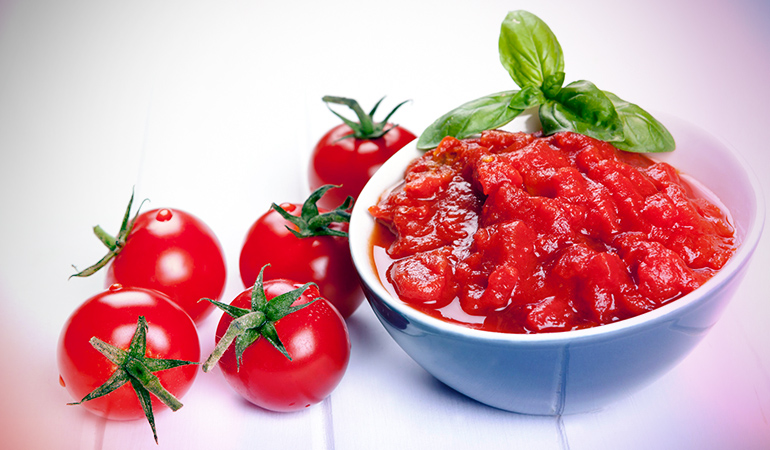 Tomatoes are a major source of lycopene and are, thankfully, a staple in most diets – whether it is the passata that forms the base of your Italian recipes, the regular serving of ketchup that accompanies meals and snacks, or a glass of tomato juice. This roundup of some of the major tomato products and forms should help you pick the best sources of carotenoids. Tomatoes tend to retain their lycopene content even after processing and cooking.17 And that’s why they are a very convenient way to raise intake of the nutrient – even the canned or packaged juice, puree, soup, or ketchup you reach out for add up to give you multiple health benefits. 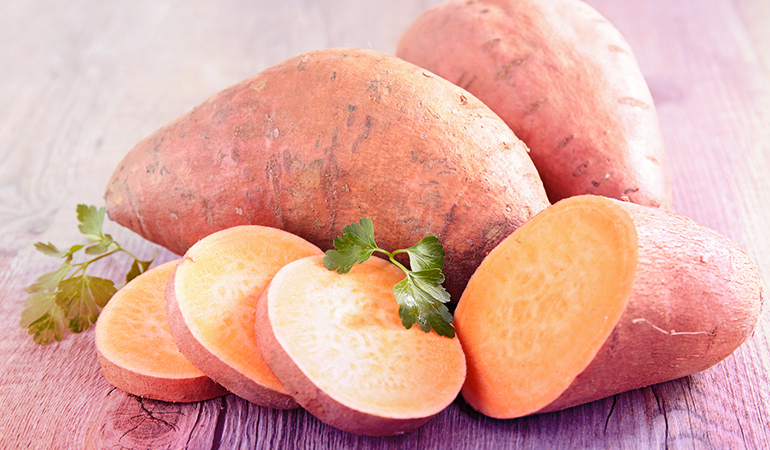 If it is β-carotene you are after, a sweet potato is a delicious way to get some. Versatile enough to replace your regular spuds in mash or chips, they also taste great in curries. If you enjoy a good baked potato – rejoice! Because just one medium baked potato has 13120 mcg of β-carotene. If you can afford the extra calories, have a large one and you’ll take the β-carotene intake to 20716 mcg.24 Prefer your sweet potatoes boiled? You will get 14260 mcg of the carotenoid in a medium potato or 30976 mcg in a cupful (328 gm).25 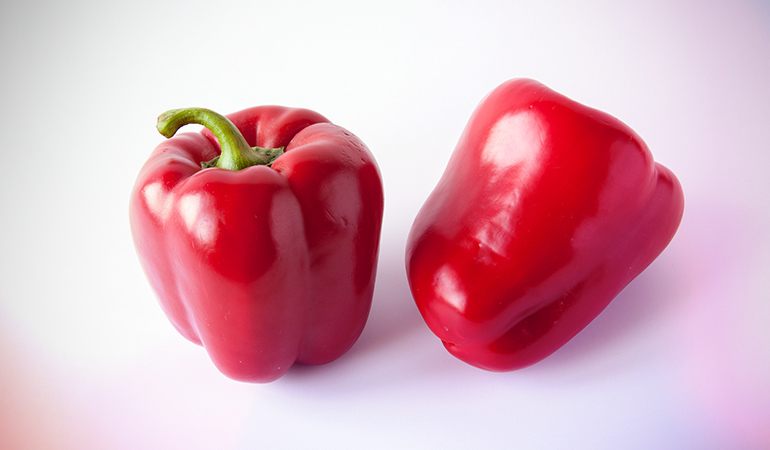 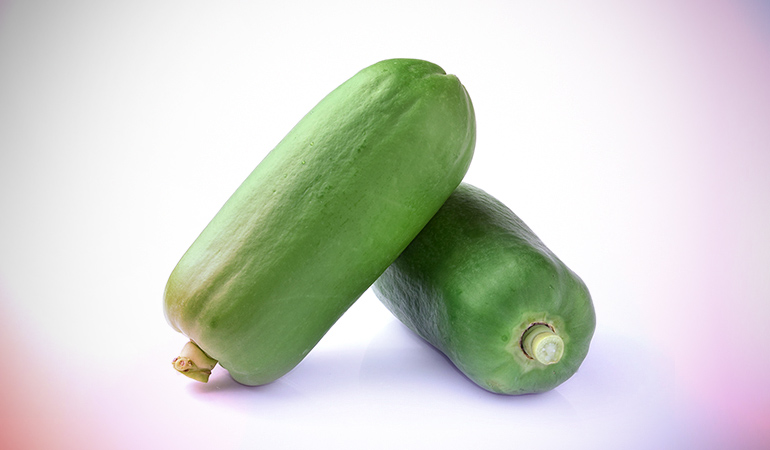 Craving a good thai green papaya salad? Go ahead and treat yourself to some and boost your carotenoid intake. A cup of raw papaya has 854 mcg of beta-cryptoxanthin, 2651 mcg of lycopene, 129 mcg of lutein + zeaxanthin, and 397 mcg of β-carotene.28 Did you know you could even whip up a stir fry with raw papaya? Check out a raw green papaya curry if you want something other than a crunchy Thai salad. 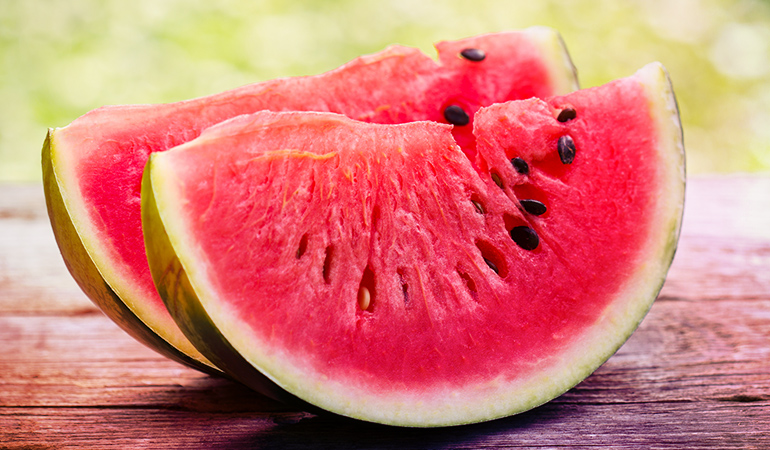 Watermelon is another great source of carotenoids. A cup of watermelon balls has 6979 mcg of lycopene, 120 mcg of beta-cryptoxanthin, 467 mcg of β-carotene, and 12 mcg of lutein + zeaxanthin.29 The fruit is great eaten as it is. You could also add it to a salad with cantaloupe, mint, and ginger or just feta. If you’re adventurous, try making a watermelon salsa. Watermelon can also be a wise addition to your weight loss diet. 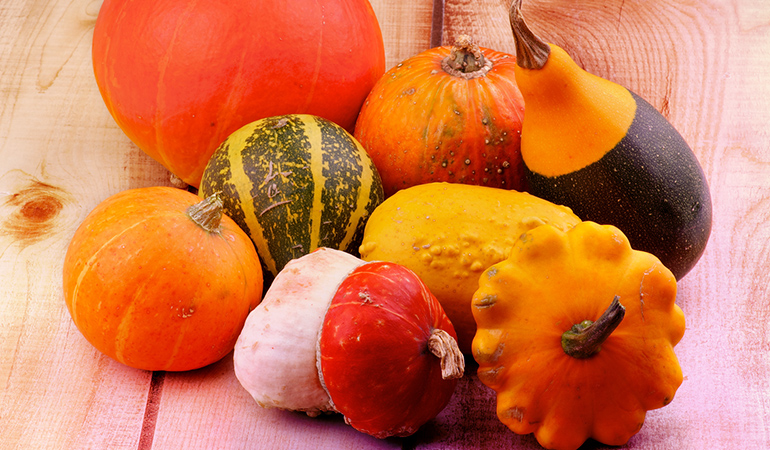 Squash, both winter squash and summer squash, contains carotenoids too. Summer squash boiled has 4048 mcg of lutein + zeaxanthin and 229 mcg of β-carotene.30 Pickle it, make a casserole with the squash, or roast it with some lemon. You could also add it to a coconut-based soup or chowder or just grill it off to eat as a light side.

Winter squash has 2901 mcg of lutein + zeaxanthin, 5726 mcg of β-carotene, and 1398 mcg of α-carotene.31 Winter squash is great in warming soups, lasagna, grilled or roasted in the oven, filled with your choice of decadence, and even as fritters. 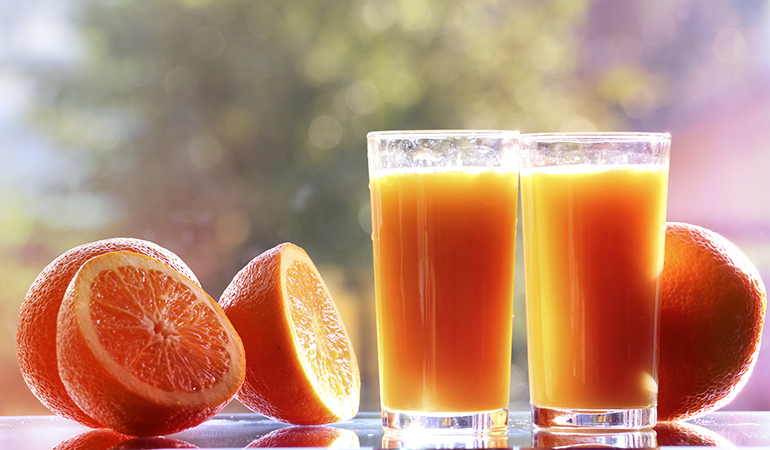 Citrus fruits like oranges are a great way to get in those carotenoids because they’re so readily available. Have them as fruit, in juices, smoothies, or in salads. You can even use them to infuse flavor into meats such as duck or chicken. A cup of orange juice has 419 mcg of beta-cryptoxanthin, 285 mcg lutein + zeaxanthin, 82 mcg of β-carotene, and 15 mcg of α-carotene.32

As you can see, carotenoids are abundant in fresh fruit and vegetables. And even if you don’t care much for cooked vegetables, there are plenty of ways to smuggle them into salads, juices, and desserts.

Too Much Isn’t A Problem!

Unlike animal sources of vitamin A, carotenoids pose no known health problems even when consumed in large amounts and over a long period of time. So don’t worry about having too much of them from natural sources. Also, since the sources of carotenoids are mainly fresh produce, the more the better! Just watch your calorie intake if you are weight watching or have any medical conditions that need you to restrict intake of any of the other nutrients in these fruits and vegetables. But beyond that, feel free to indulge in these colorful foods.34