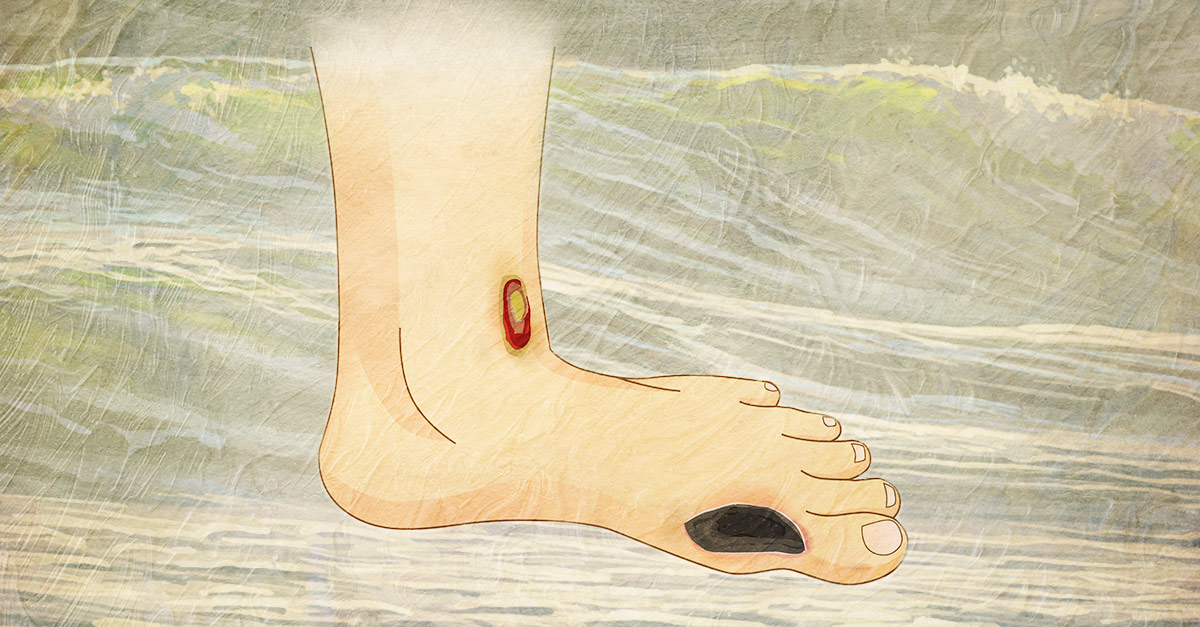 A Buruli ulcer is a debilitating infection of the skin and soft tissue that, when left untreated, can progress to ulcers, bone infections, and even deformities. A huge cause for concern in tropical and sub-tropical countries, a Buruli ulcer is tricky to identify – it appears as a painless nodule on the surface, doing its damage beneath the surface until the local tissue is completely necrotized. Over 5000–6000 cases are reported every year in a good majority of the countries Buruli ulcers have ravaged.1

People living in countries with tropical, subtropical, or temperate climates are at risk of contracting buruli ulcers. This is especially true for rural communities in sub-Saharan Africa where half of those affected are children under 15 years of age. Parts of South America and Australia are also infection-prone.2

Buruli ulcers get transmitted via water or skin-to-skin contact, with mycobacterium ulcerans being responsible for the infection. It develops rapidly in a sub-tropical or tropical, humid environment. Bacteria of the Mycobacterium family are also responsible for other illnesses such as tuberculosis and leprosy. One common thread through these three diseases is that they can drastically impact a person’s quality of life and functional ability if not caught and treated in time.

Advertisements
toxic chemical called mycolactone released by the Mycobacterium ulcerans is responsible for the tissue death associated with a Buruli ulcer. Mycolactone causes the tissue in the area to lose immune function, making it prone to secondary infection and tissue death.3

Aquatic bugs of the Naucobris and Diplonychus family are thought to act as hosts for the bacterium that causes the ulcers. The bacteria live and multiply in the salivary glands of these insects without harming them in any way. Even a small cut or wound can become a window for these insects to inject the human body with the bacterium, where it grows and causes ulcers.4 Animals such as horses, dogs, alpacas, and koalas have been found to be infected in Australia, but it’s not clear whether these animals actually transmit the infection to humans.5

severe cases where infection has spread to the bone and may cause sepsis, amputation is necessary to save the patient’s life.

Considering the cost of medication which many can’t afford, locals often use a variety of herbal medicines to treat Buruli ulcers. In 2015, studies were able to prove the efficacy of some of these plant products. For example, aloe vera was found to be an effective ally in managing the condition thanks to its antibacterial, anti-inflammatory, and wound-healing properties. It also helped the repair of infected tissue. Extracts from the trees of the Alstonia family and the medicinal plant forest burr (Pupalia lappacea) have been shown to help heal the wounds and inhibit the infection. Even compounds derived from guava trees and garlic plants, when consumed orally, have antimicrobial properties that can help mend the wounds.10 If proven to be 100% effective, these alternative therapies can go a long way in treating this endemic disease, apart from providing relief to people who can’t always afford mainstream medicine.

In Africa, the condition has improved only slightly since. This has huge socioeconomic implications, with people who’re already fighting poverty and food scarcity often losing working family members to the illness.

Only a handful of cases have been reported in the United States, mainly among people returning from Africa or Australia.12