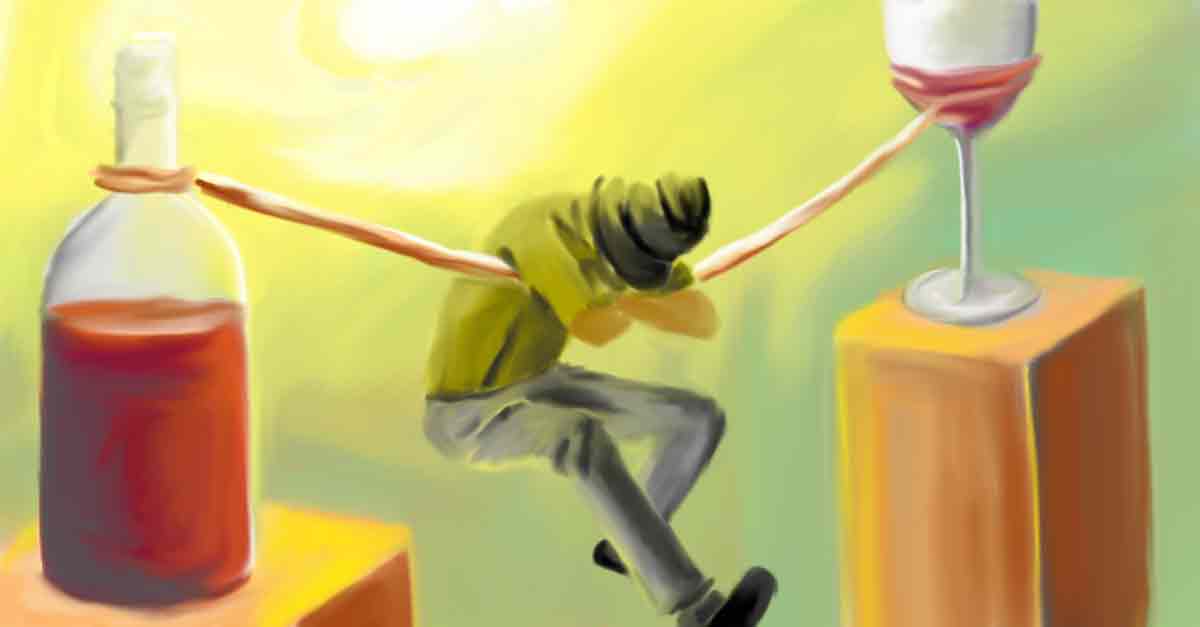 So you’ve partied too hard and are now stuck with the mother of all hangovers. A fuzzy, aching head, bleary eyes, and inability to focus make you want to crawl under a rock and never wake up. But there’s work to be done, chores awaiting your attention, and social commitments too. How do you get back to normal? Can you eat and drink your way out of this hangover?

Modern science, unfortunately, doesn’t have all the answers to the hangover phenomenon. Essentially, research on hangovers states that they occur as the result of a cocktail – pardon the pun – of bodily reactions to alcohol. These include dehydration, hormonal changes, chemical changes, and toxicity due to compounds in alcohol.1

The signs and symptoms of a hangover begin to manifest within 8 to 16 hours after consuming alcohol when blood alcohol concentration – the level of alcohol that your body has absorbed – starts dropping and continues for about 24 hours. Intriguingly, the symptoms usually peak when the blood alcohol level hits zero – more like withdrawal symptoms of not having alcohol in your system.

Advertisements
may begin to develop a range of symptoms such as a headache, nausea, loss of concentration, irritability, or sensitivity to light. Other signs that you are hungover include sweating, fatigue, muscle pain, reddened eyes, rapid heartbeat, dizziness, and diarrhea. The symptoms vary in severity and number from one individual to another. This may be influenced by several other factors, including the use of other drugs, personality traits of the drinker, and family history of alcoholism.2 3 4

Food And Drinks That Ease A Hangover

Overcoming the hangover state is, by and large, something medical science hasn’t cracked yet. Perhaps that’s one reason sufferers typically rely on remedies based on anecdotal evidence and folk wisdom. Ultimately, scientists say, time is the only antidote to a hangover – typically, the agony of a hangover recedes over 8 to 24 hours.5

Advertisements
there may be no sure-shot cures for a hangover, these easy remedies could help reduce your discomfort and take the edge off.

Rehydrating your body is arguably the first thing you should do to treat your hangover. Alcohol contains ethanol, a toxic chemical that acts as a diuretic, sending you more often to the loo than you would go otherwise. This dehydrates your body and leads to the many unpleasant symptoms of a hangover.6

Here’s a sobering thought: when your body is short of water, it will suck up what it can from any source. That includes the brain, and hence those splitting headaches.7 Try your best to drink water before

Advertisements
you go to sleep – the best time to rehydrate the body after a night out on the town, say experts.8

Coconut water is an excellent beverage to rehydrate the body.9 It is also loaded with potassium, a mineral that our bodies lose due to frequent urination in the course of consuming several drinks.

The Food & Agricultural Organization also points out that coconut water contains the same five electrolytes as those found our blood.10 Thus, it can help restore the electrolyte imbalance due to alcohol-induced dehydration. Good enough reason, wouldn’t you say, to drink up on the morning after?

Fresh fruits or a glass of freshly made fruit juice will give your body a much-needed shot of vitamins. Bananas and kiwi fruit, for instance, are good sources of potassium.11

4. A Warming Bowl Of Soup

A bouillon soup with vegetables is rich in vitamins and minerals and will help your body replenish the nutrients that have been lost due to dehydration. Also, this is an easily digested soup that won’t affect a stomach already irritated by alcohol.12

Here’s one way to make a simple bouillon:

Spray a pot with nonstick cooking spray and place over a medium flame. Cook all the vegetables (except the tomatoes) until tender for about five minutes. Add the tomatoes, garlic powder, and black pepper. Mix well and cook for two minutes. Dissolve the bouillon cube in a small bowl of water. Add this to the vegetables. Simmer the soup on a medium flame for about 10 minutes. Serve warm.