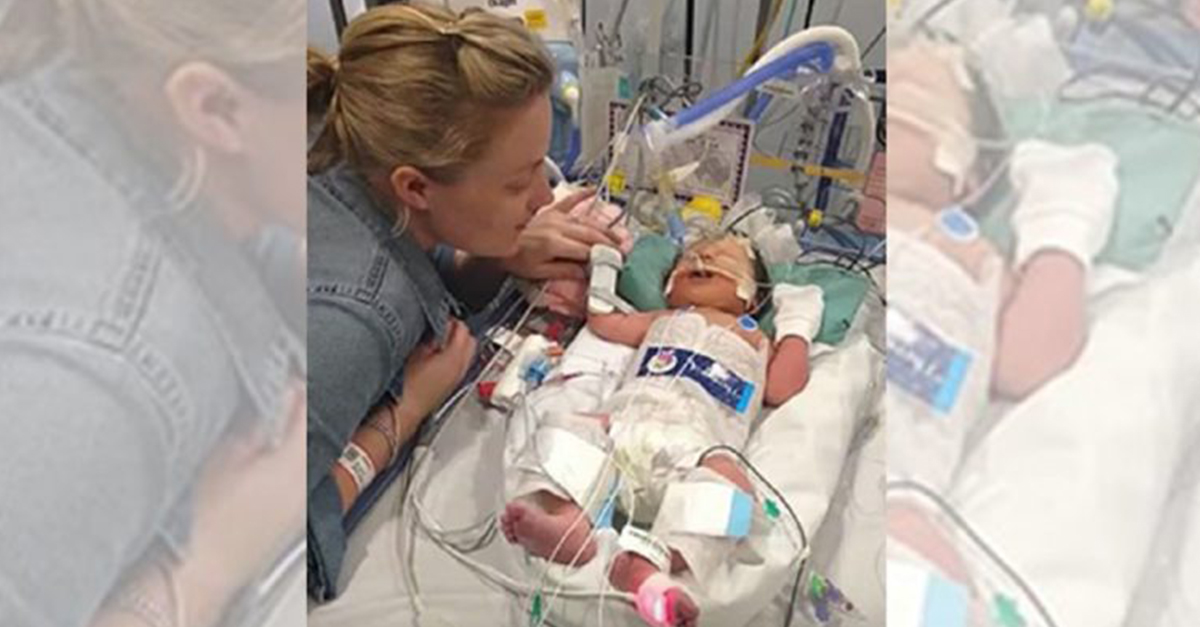 It is a miracle that little Willow Rose is a perfectly healthy one-year-old after a traumatic start to this world!

The little girls’ mom Bex didn’t see any problem during pregnancy or in the beginning of the labor. It just turned worse when the little one’s heart rate dropped. Doctors had to perform an emergency C-section to quickly keep the baby alive. But shortly after baby Willow was born her heart stopped completely for eight minutes.

Bex recalls, “All these people suddenly came rushing in so I was aware something was wrong. I knew when they had taken her out of me, I just kept saying: ‘I can’t hear her crying, what’s going on? Why isn’t she crying?’”

Doctors were able to resuscitate Willow and get her heart beating only after eight minutes. It saved her life when doctors bundled her up into an incubator and took her to NICU.

All that the distraught parents Bex, 37, and Martin Forrest, 44, could do was only wait and watch their baby.

Advertisements
specialist team from St Michael’s Hospital, Bristol, arrived with a “fridge suit” and a revolutionary treatment that freezes the baby. Willow was in there for three days to prevent brain damage. She made a full recovery.

So, did the treatment work?

Of course, yes it did!

Mom Bex said, “It was a perfectly healthy, normal nine months up until when I went into labor. Even when I went to have a C-section it was planned because I just hadn’t been progressing for four days. I was so drugged up I didn’t realize, but after 15 minutes it turned into an emergency C-section because Willow’s heart-rate suddenly dropped. All these people suddenly came rushing in so I was aware something was wrong.”

said, “The cooling therapy really is amazing. Essentially, when the brain is starved of oxygen the damage is like a fire that continues to burn in the head. By cooling the whole baby straight away it just stops that happening and prevents any further damage.”

He said, “They put her in a little suit connected to a refrigerator unit for three days, and then on the fourth day gradually brought her core temperature back up. She has just been amazing in her recovery. We have been told there is still a risk that she could suffer developmental issues, but so far she is perfectly fine.”