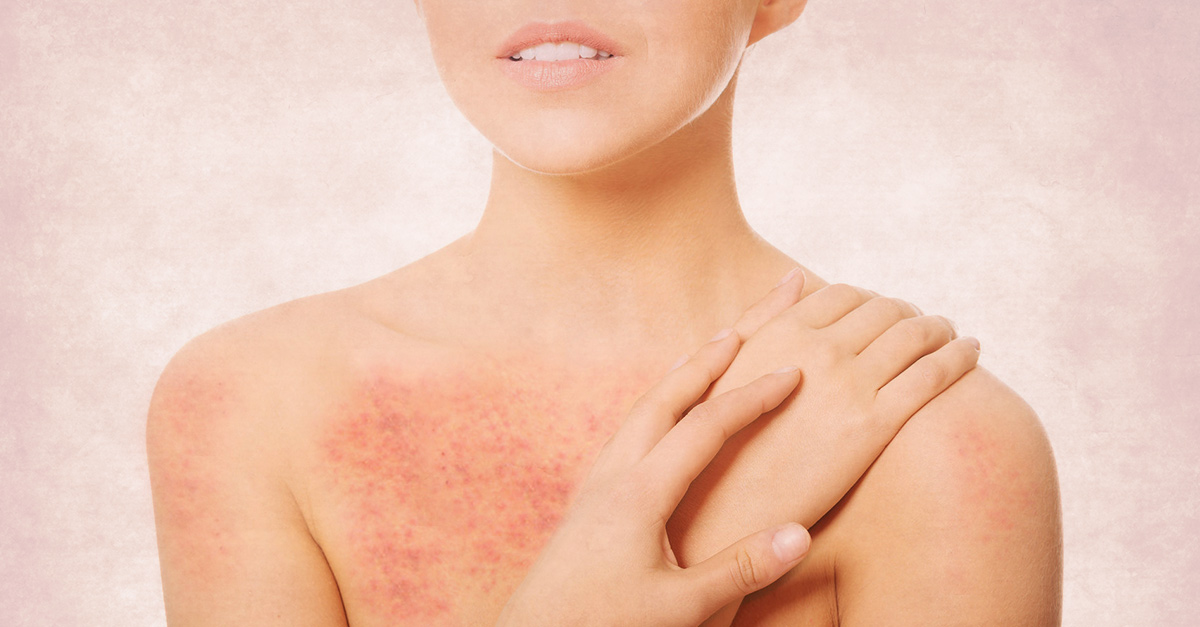 Skin conditions are disconcerting and the long lines at dermatologist offices stand testimony to this fact. And, although acne, hives, and rashes are easy to self-diagnose, other skin conditions might need a professional diagnosis.

Hailey disease is one such skin condition which is inherited among family members. Research indicates that it is believed to cause social distress in the lives of patients.[ref]Gisondi, Paolo, Francesca Sampogna, Giorgio Annessi, Giampiero Girolomoni, and Damiano Abeni. “Severe Impairment of Quality of Life in Hailey‐Hailey Disease.” Acta dermato-venereologica 85, no. 2 (2005).[/ref]

What Is Hailey Disease? 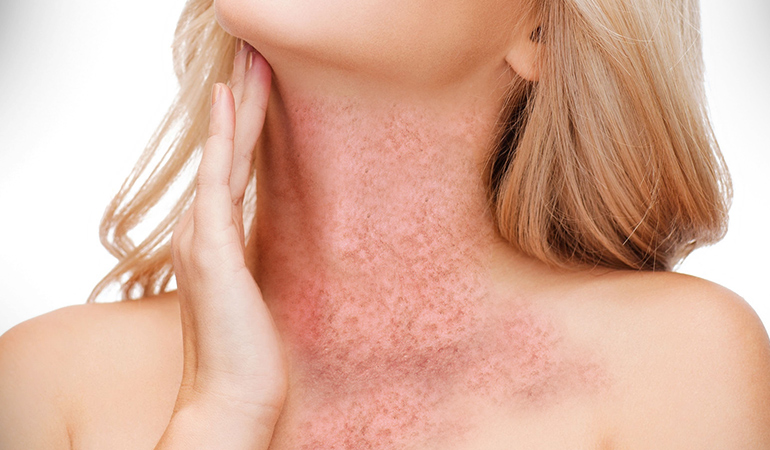 Hailey disease, or Hailey-Hailey disease, causes lesions on the sides of the neck, armpit, groin areas, and under the breast. It was first discovered in 1939 by medical professionals and brothers, Howard and Hugh Hailey. Their observations were chronicled in the “Archives of Dermatology and Syphilology,” and were initially based on two brothers who had recurrent flaccid blisters.

Eventually, they came across 2 families with 22 cases of the skin condition across 4 generations. This led them to formally describe what is now known as a “familial benign chronic pemphigus.” The word “pemphigus” here refers to a group of skin disorders that cause blisters and sores.[ref]Orseth, Meredith L., and Thomas G. Cropley. “What’s in a Name?: Hailey-Hailey Disease.” JAMA dermatology 149, no. 10 (2013): 1220-1220.[/ref]

Advertisements
rare genetic disorder poses a 50% chance of inheritance from an affected parent and is most common in the late teenage years, twenties, and thirties. Patients often complain of a heavy odor and itching, which could lower the quality of life for them.

The initial lesion is generally a red, scaly area. It could also be a fluid-filled blister which ruptures easily and gets crusted. These lesions could be localized to an area or be widespread. They often come and go without leaving any scars behind.

Often, patients with Hailey disease have “longitudinal leukonychia,” which are long white bands on the fingernails. Besides these, Hailey disease causes skin redness and erosion.[ref]Hailey-Hailey Disease. American Osteopathic College Of Dermatology.[/ref] 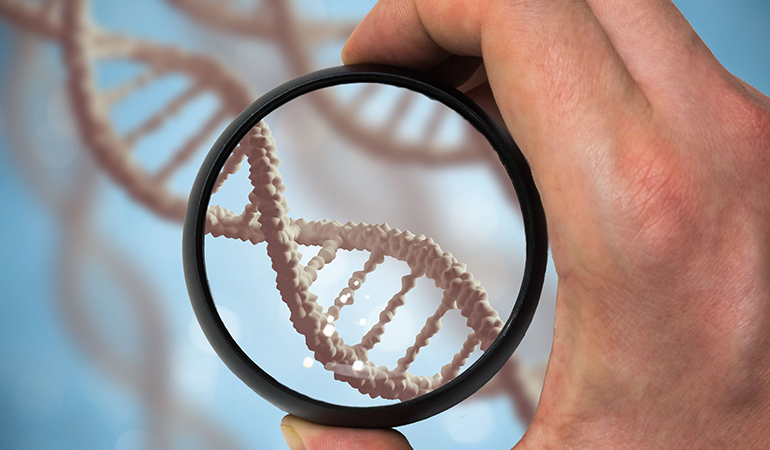 Advertisements
disease is caused due to mutations in the ATP2C1 gene. This gene is responsible for producing a protein called hSPCA1 which, in turn, aids in the storage of calcium until it’s needed.[ref]Yadav, Nidhi, Bhushan Madke, Sumit Kar, Kameshwar Prasad, and Nitin Gangane. “Hailey–Hailey disease.” Indian dermatology online journal 7, no. 2 (2016): 147.[/ref]

The hSPCA1 gene is also responsible for the normal function of cells called keratinocytes, which are found in the outer layer of the skin (the epidermis). Calcium, meanwhile, is responsible for cell growth, division, and adhesion.

Mutations in the ATP2C1 gene reduces the amount of functional hSPCA1 protein in cells. This then causes abnormalities in the cells’ ability to store calcium. For reasons unknown as of yet, abnormal calcium storage affects keratinocytes more than other cells.

This abnormality causes problems in cell adhesion, causing the epidermis to become fragile and less resistant to minor trauma. Hence, the skin is easily damaged and develops raw, blistered areas, particularly in skin folds where there’s moisture and friction.

Advertisements
disease is believed to be inherited in an “autosomal dominant manner,” which means that having only one mutated copy of the disease-causing gene in each cell is enough to trigger lesions. While most people inherit the disease from a parent with the disease, some might develop it due to a new mutation in the gene, even if they have no family history of the disease.

If people with an autosomal dominant disease have children, each of their children has a 50% risk of inheriting the mutated copy of the gene. Based on the family history, skin biopsy, and genetic testing, doctors diagnose this skin condition.[ref]benign chronic pemphigus. US National Library Of Medicine.[/ref] [ref]Hailey-Hailey disease. US National Library Of Medicine.[/ref]

How Is Hailey Disease Treated? 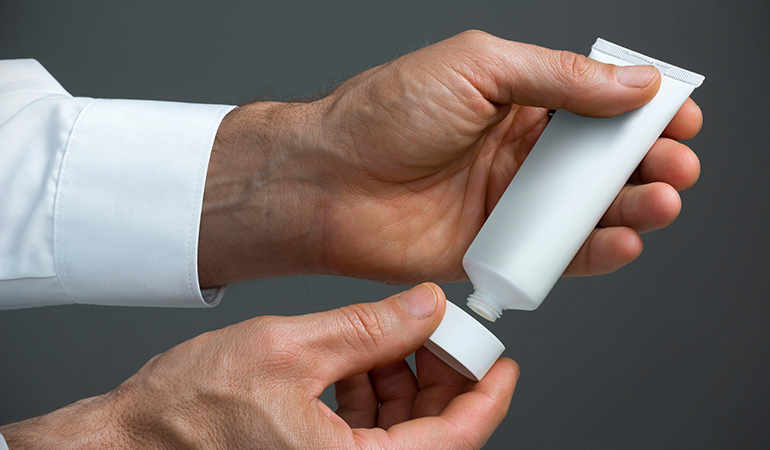 Since it is a genetic disorder, there isn’t a specific treatment for Hailey disease.[ref]Hailey-Hailey disease. US National Library Of Medicine.[/ref] However, depending on the severity of the lesions and skin erosion, doctors recommend the following things.

Besides the above, soothing compresses are recommended to relieve irritation in localized lesions. If the above treatments don’t relieve symptoms are treated with oral corticosteroids, dapsone, topical tacrolimus, and photodynamic therapy. Additionally, dermabrasion, laser treatment, and surgical skin grafting are also be used in severe cases.[ref]Hailey-Hailey Disease. American Osteopathic College Of Dermatology.[/ref]

Since Hailey disease also causes emotional trauma and distress, it’s important to opt for therapy sessions during treatment.[ref][ref]Gisondi, Paolo, Francesca Sampogna, Giorgio Annessi, Giampiero Girolomoni, and Damiano Abeni. “Severe Impairment of Quality of Life in Hailey‐Hailey Disease.” Acta dermato-venereologica 85, no. 2 (2005).[/ref] And, although the disease can’t be cured, several treatments can make the symptoms easier to live with.

5 Benefits Of Using Milk In Your Skincare Routine