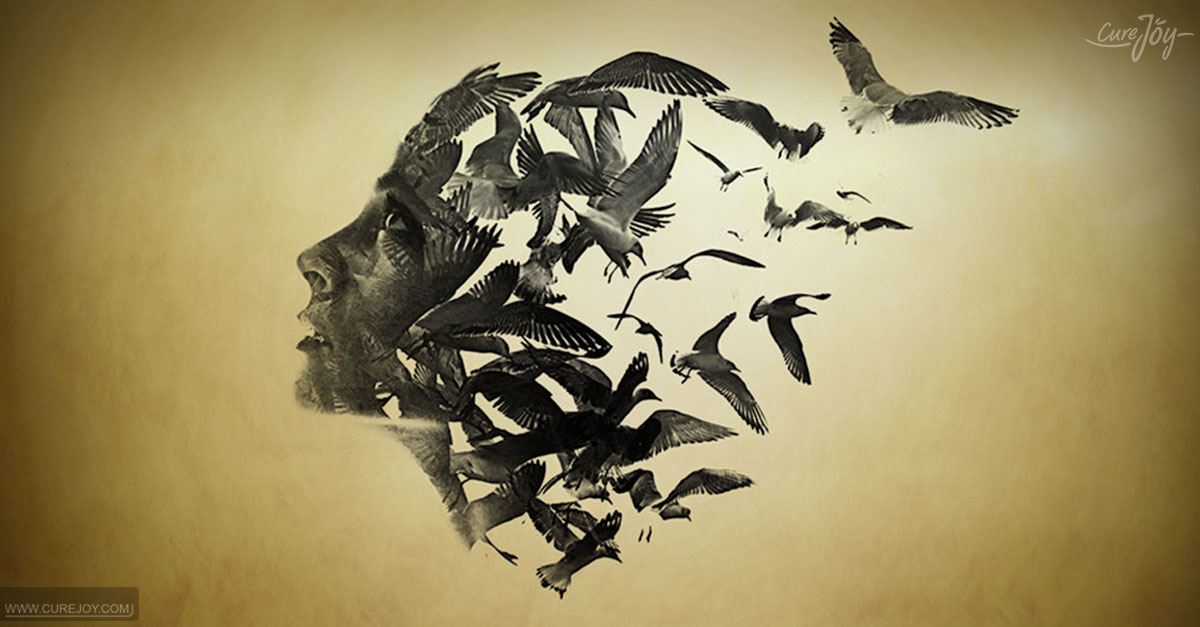 One can search all the dictionaries of the world and not find one word that accurately describes a strong woman. However, you may refer to literature and even history to find such women. Like ones who have fought for their country, given their lives to being the first woman to do something like fly a plane, or those who have experienced various traumas in life only to come out of it like the reigning champion.

But how do you define a truly strong woman?

Not just fictional or historical characters, but the everyday woman. Whether it is the one who cleans rooms and makes the beds of hotels, but has no bed of her own to sleep on, or the one who babysits but doesn’t get to see her own kids, or even a woman you see on the street who looks like she cried the whole night but still has the strength to smile at you, even though you’re a total stranger.

Is she supposed to be bold or meek, altruistic or self-reliant, caring and patient or gutsy, feminine or not be defined by her gender alone?

Advertisements
hearing the term ‘strong woman’, different images may pop into your head, but strength does not have to be a picture of a muscular woman in a sports bra, but can also be those women with strong personalities and intelligent minds.

So, here are 8 characteristics some of you strong ladies may relate to.

1. They Don’t Hide Their Past 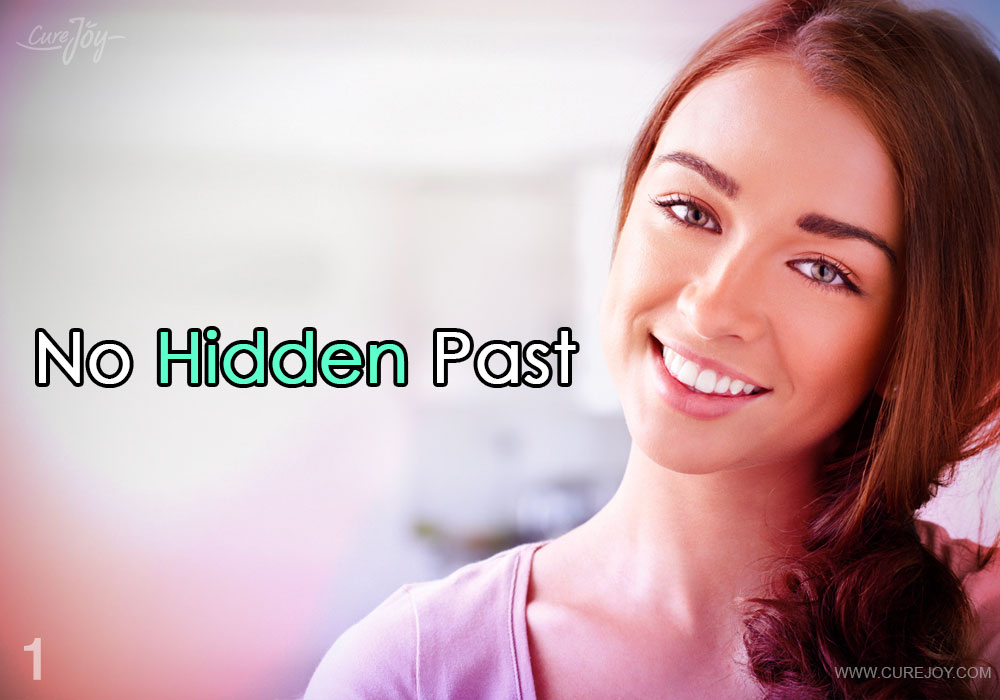 Strong women do not run away from their past no matter how difficult it was. What’s more is that they do not hesitate to talk about it or be honest about it. More than anything, they feel that you cannot go through life without making a few mistakes, so they know how to admit and learn from them instead of pushing it aside, blaming others, or being ashamed about it. Without letting the past victimize them, they choose to be transparent about what they have been through and are willing to share it with others in order to guide or help them through their experiences.

2.
Advertisements
They Are Not Afraid Of Being Rejected 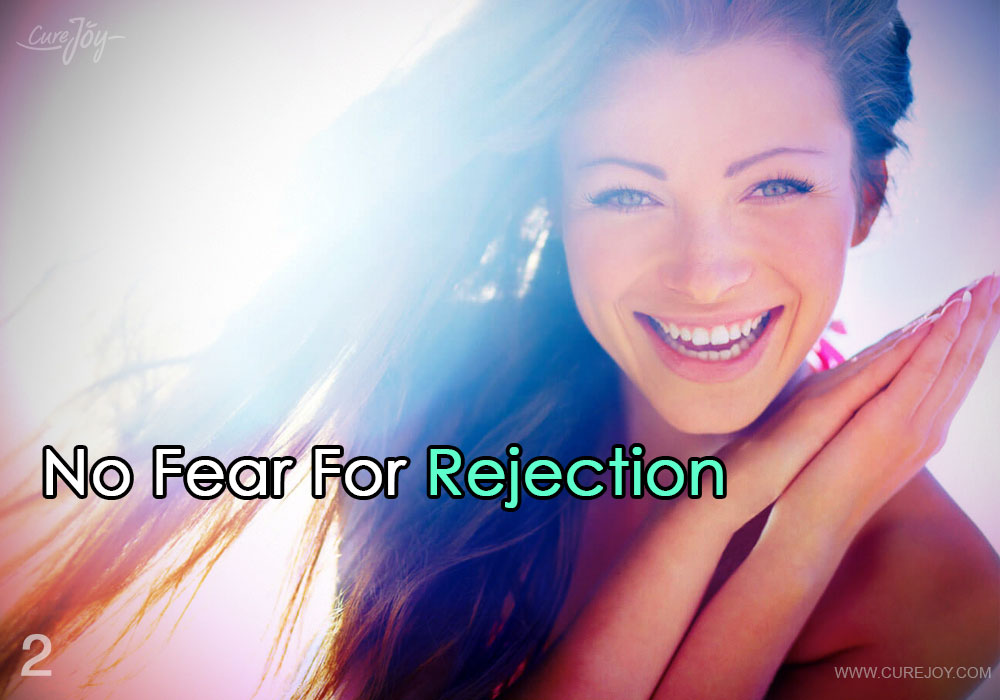 For most, being rejected may be the ultimate loss or failure, but not for a strong woman. She does not let rejection deter her from her goals or steer her away from her committed path. In fact, she uses it as a stepping stone to see what she lacks, so she can become better. Or she sees it as one option from a sea of opportunities, chances, and choices.

She is sensible enough to understand that life is not a just a bed of roses. In retrospect, she knows that even roses are supported by stems with sharp thorns that could prick you, but that’s not the end of the world or enough to shoot your hopes down or stop you from going after your dreams. She knows that all she has to do is get up, dust herself off, and keep going confidently. 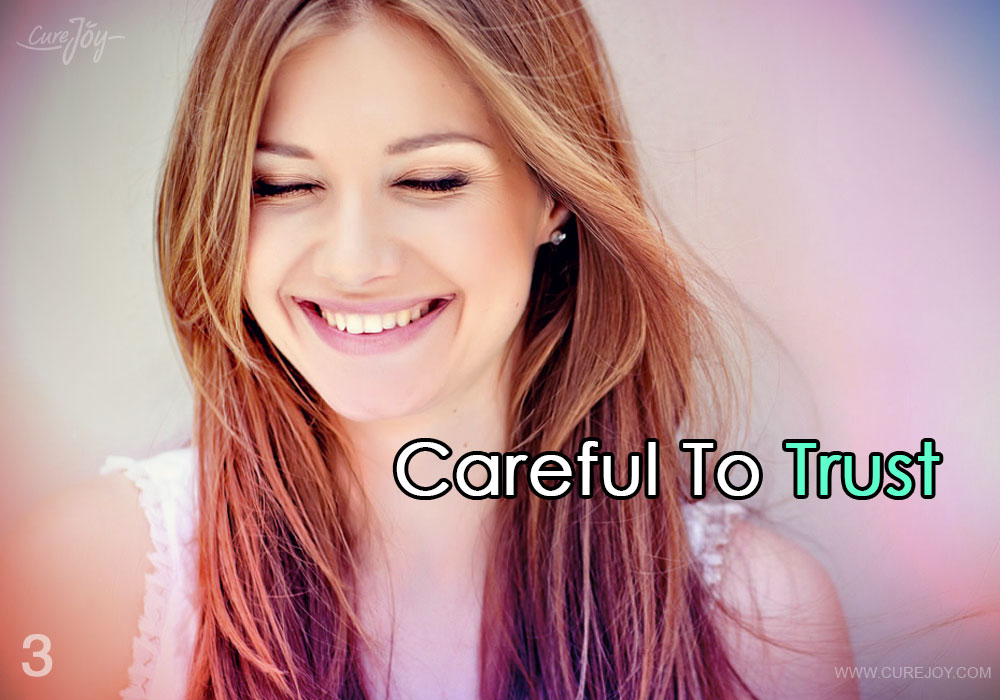 Advertisements
women have been through enough and know better than to trust everyone that approaches them with seemingly good intentions. With that wisdom and experience under their wings, they take their own sweet time to trust people, see if they are being genuine, honest, and truly mean well. This is, in fact, a fantastic trait that keeps them away from a lot of unnecessary drama, trouble, and keeps them from wasting their valuable time, energy, emotions, and money on the wrong people.

4. They Are Creative Souls 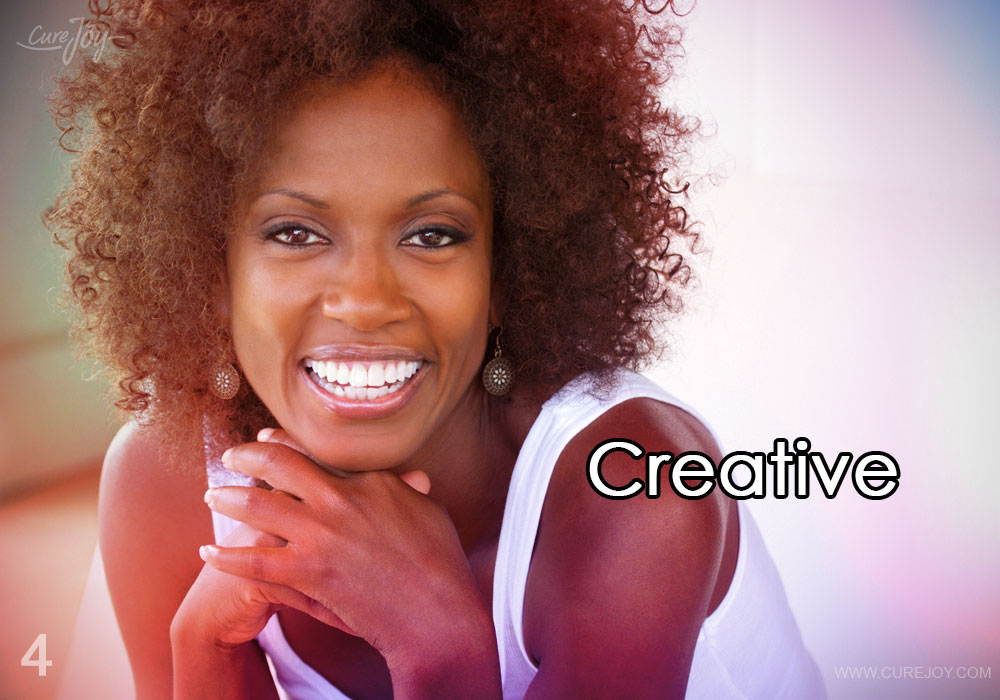 Always trying to keep it original and innovative, not wanting to do the same thing twice, or trying to give the same old stuff a unique and fun twist, a strong woman stakes a lot on her inborn creativity and imagination. She is constantly on the lookout for opportunities and little elements that would help her improve herself and the environment around her. This is because she ardently believes in discovering hidden talents and creative perspectives within and outside herself. She also loves to bring that out in other people and share her creations with the world, hoping that they would share theirs with her too.

5.
Advertisements
They Set Great Examples For Others 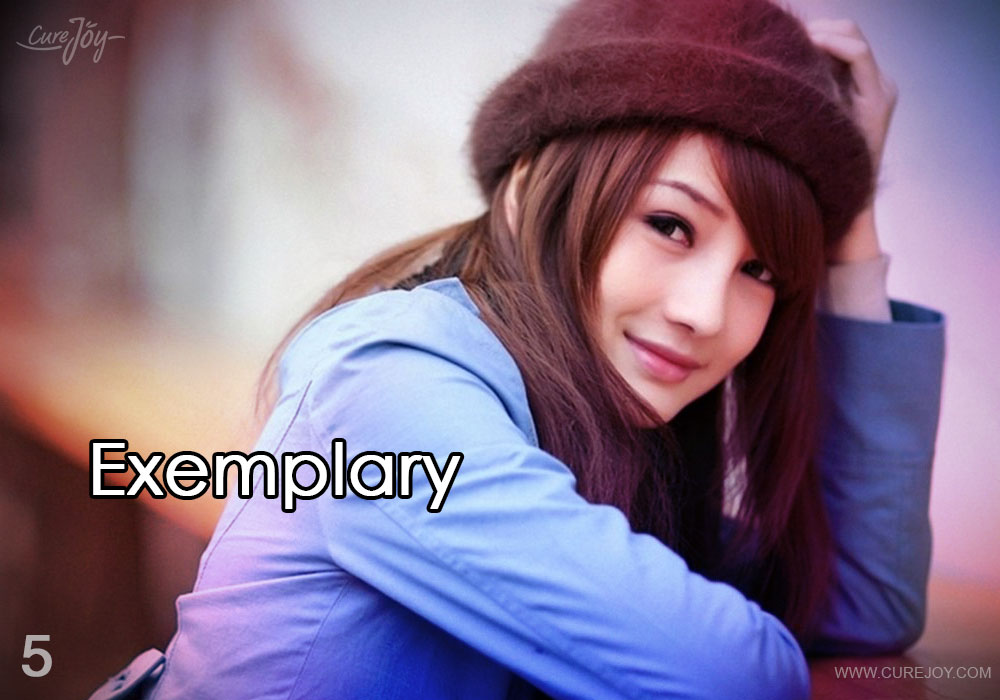 Strong women are essentially strong-willed, maybe even stubborn ranging between reasonable to uncontrollable. But more than anything, their tenacious nature is what makes great things a reality and makes these women true role models. Besides setting an example for others to follow, they are not the types to boss other people around, force them, or utter arrogant words such as, “Do as I say” or “Listen to me.”

What they do instead is inspire others by doing what they think is right and others usually end up following suit based on their own personal conscience and positive attitudes. Without even realizing it or hoping for it, they constantly impress and inspire people around them with this trait.

6.
Advertisements
They Know How To Ask For Help 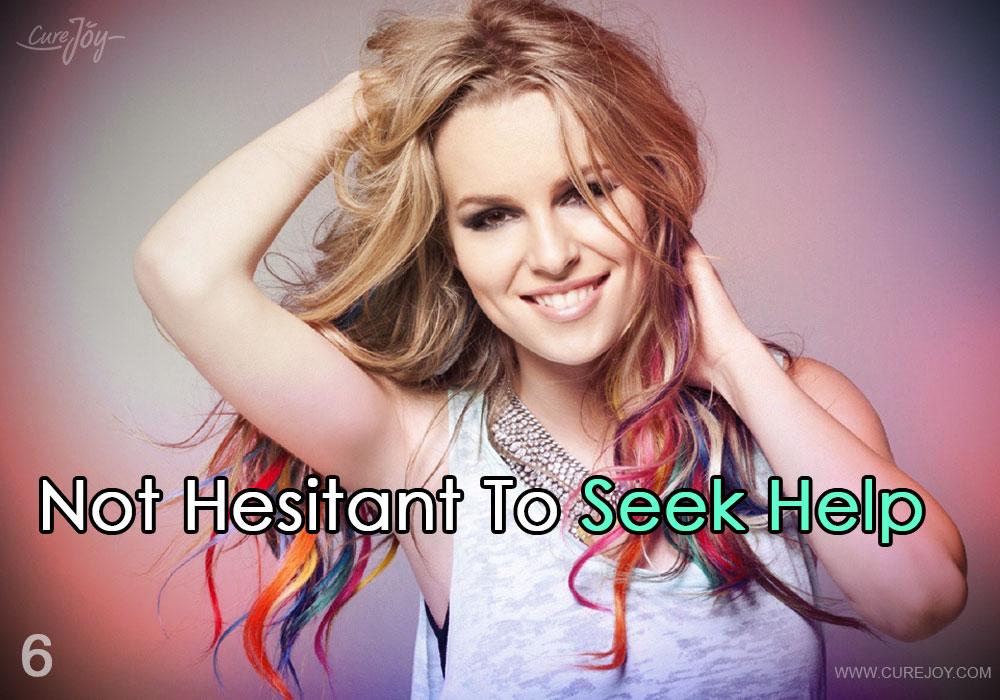 Although asking for help is often seen as a weakness, it is, in fact, a strength, which a strong woman wears like a heart on her sleeve, but well, tucked a little deeper. Although she believes she can do everything herself, she knows that there are some things that she cannot. Her greatest strength lies in realizing that she is also a flawed human being and knows what her weaknesses are. Being well aware of the areas she falls short in, it is then that she asks someone for help. It’s just that simple. “Strong” doesn’t mean having to do everything alone, it also means knowing when to let people in and showing those around that you need them, so they feel important to you too.

7. They Hold Other Women Up, Not Bring Them Down 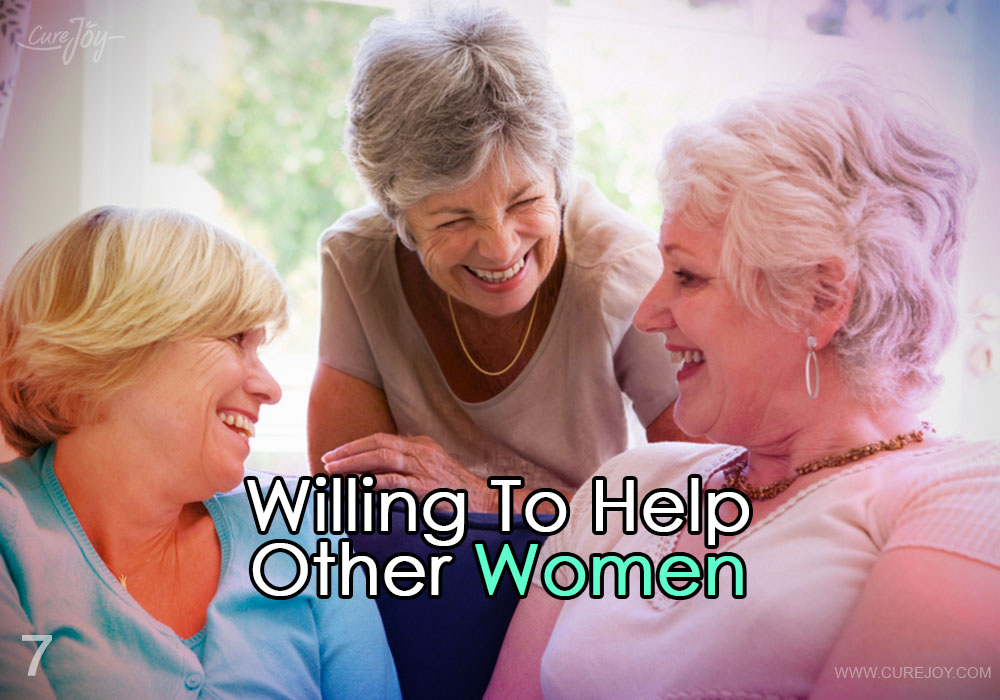 Advertisements
all honesty, girls got to stick together, and that attitude is one of the best traits that a strong woman possesses. Women empowerment does not happen if women are unwilling to get along, look past the flaws, and truly be there for their fellow ladies, without judgment, feeling threatened, or showing pettiness. A woman becomes much more powerful the moment she realizes that her own value and worth does not depend on bringing down other women or competing with them.

8. They Take Care Of Their Health And Looks 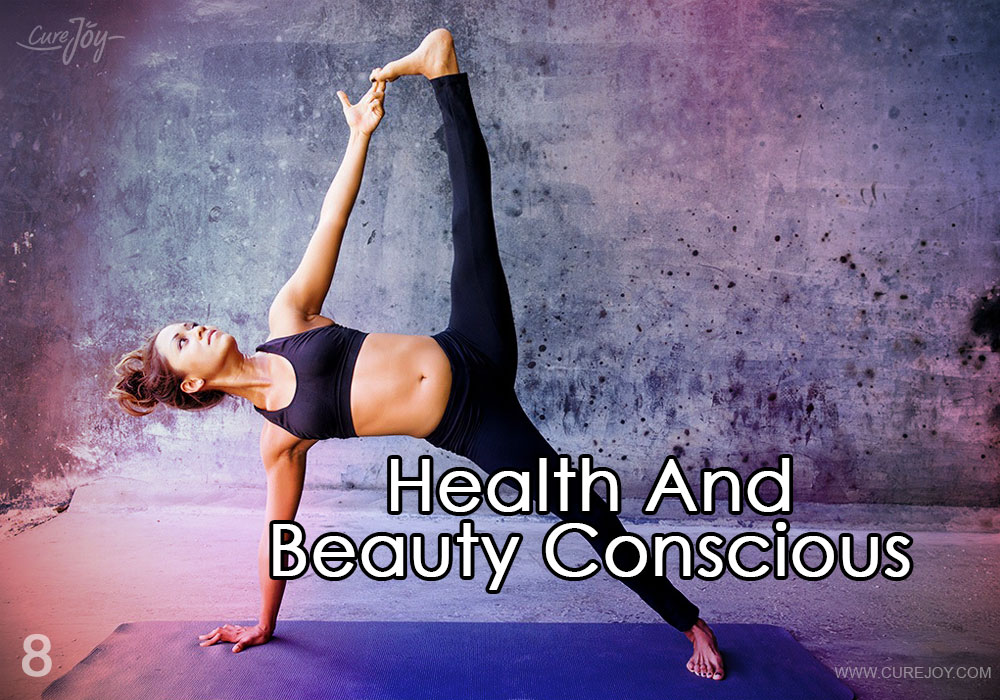 A strong woman loves her mind and body, for all its quirks, imperfections, and annoying qualities too. She knows that to sustain and support her bold and amazing attitude, she needs to have a strong body and take care of herself well. So she does what she can and keeps herself healthy and fit too. This includes eating well, having a healthy and balanced diet, exercising regularly, and also taking care of her looks without shying away from showing her true self and face to the world.

Advertisements
is that all there is to what makes a strong woman? There can’t really be set criteria or checklist for such a deep personality or character. So ladies, do remember that no matter who you are or what you have done, you’re strong in your own beautiful way.